The Pinoy Catholic: More photos of Cardinal Tagle in Milan's Duomo: More photos from the FB account of a Filipina working at Milan.  I forgot her name but I do not claim ownership of these photos.    ...


More photos from the FB account of a Filipina working at Milan.  I forgot her name but I do not claim ownership of these photos. 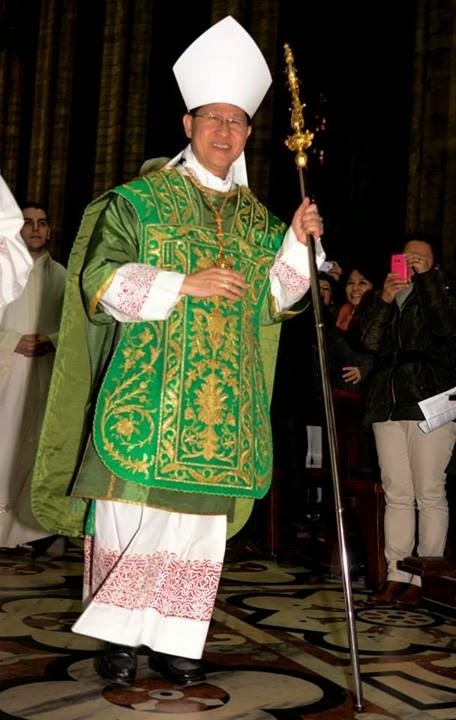 Here is another beautiful photo of the cardinal, not because he is wearing traditional vestments but because he is wearing the correct vestments.  See there, the dalmatic thing under the chasuble?  That is the pontifical dalmatic, worn by bishops over the stole and under the chasuble.  A bishop wears this in pontifical Masses which is the proper occasion for the cardinal in this case.  See that he is also wearing a white miter, not a green one, unlike most Filipino bishops when they are here in the Philippines.  Miters don't follow the liturgical color.   It is either gold, white or with semi-precious jewels. 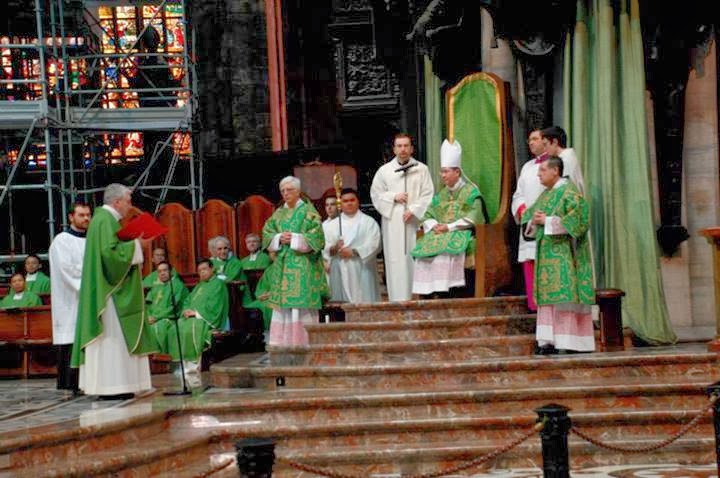 Here is the cardinal seated on the throne of the archbishop.  He was given the permission to sit on the chair.  Here he is being welcomed by the dean (?) of the cathedral chapter who was also a concelebrant of the Mass.  I was told by someone that the Goggle liturgist commented that this was the Ambrosian Mass which is NOT.  Concelebration is not in the Ambrosian 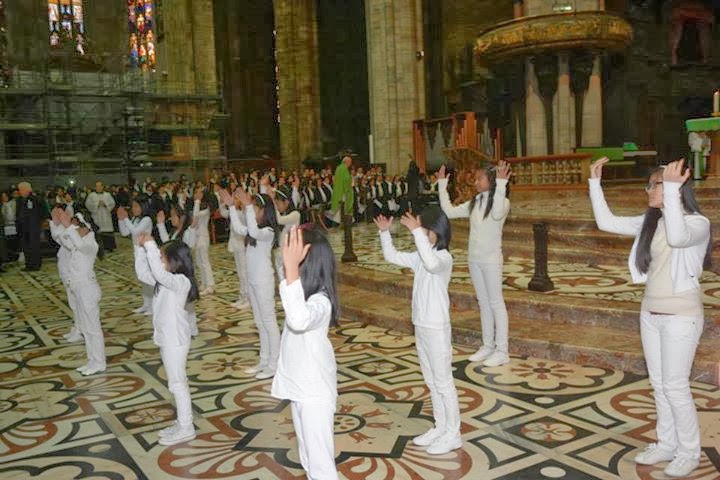 And horror of horrors! Obviously a product of Filipinos in Milan.
Liturgical dancing is NOT liturgical!  It is an abuse!  It is an outrage!
Keep doing this to your children and they would think that the Mass is not a holy act but a social act, nothing different from a school program.
Swan Lake, next!
Posted by waldzrenales at 14:51 No comments: Links to this post